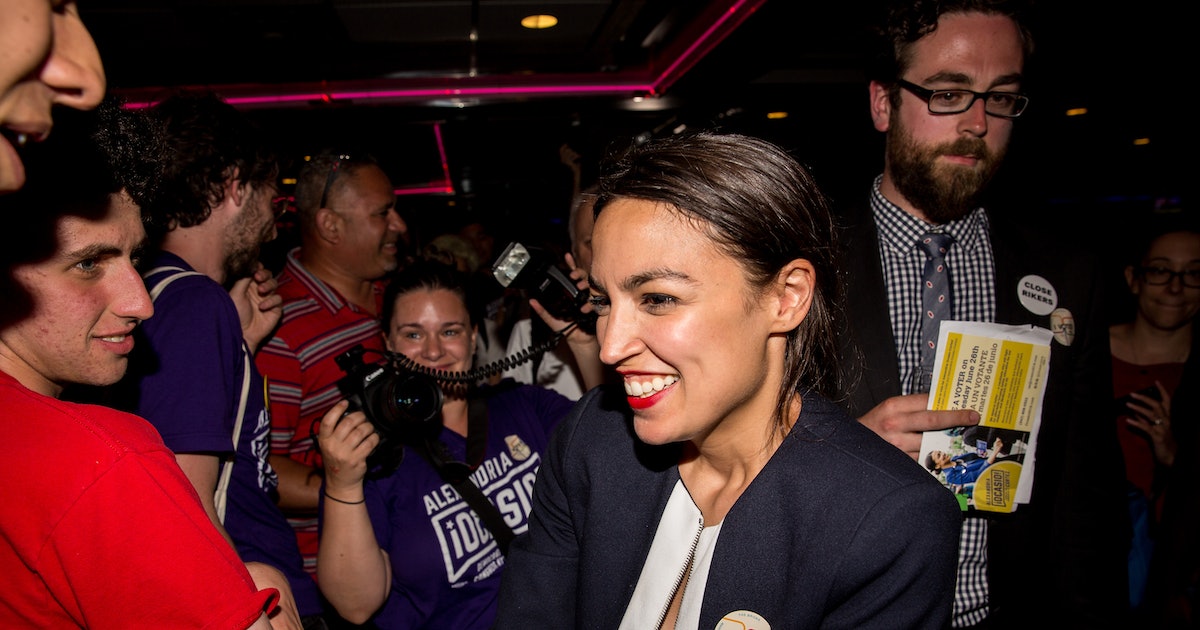 Two weeks after winning an upset primary victory over 10-term incumbent Rep. Joe Crowley, congressional candidate Alexandria Ocasio-Cortez is now embroiled in a ballot dispute with her former foe. Thanks to New York’s quirky third party election laws, Crowley will remain on the ballot under a different party’s nomination in November, and according to Ocasio-Cortez, he’s refusing to have his name removed.

In New York’s 14th congressional district, Ocasio-Cortez defeated Crowley for the Democratic Party’s nomination in June. In the same election, however, Crowley was also running for the nomination of the Working Families Party, one of several powerful third parties in New York, and he won that nomination. As a result, both he and Ocasio-Cortez will be on the ballot in November, sparking concerns among Ocasio-Cortez and her supporters that the two could split the Democratic vote and lose the general election to a Republican.

Crowley does have the option of taking his name off the ballot, but under New York election law, this would require the Working Families Party to nominate Crowley for a different office in the state — one that he’d likely have no intention of occupying, such as a county clerkship or state legislative seat.

However, Crowley has thus far declined to do this, and Ocasio-Cortez isn’t happy about it.

Ocasio-Cortez now says that Crowley, by refusing to get his name removed from the ballot, is reneging on his post-election promise to support her candidacy. She also says that he stood her up on three planned conference calls in which they were supposed to discuss the election.

In response, Crowley said that in his opinion, the steps he would have to take to have his name removed from the ballot would amount to “election fraud” — although, to be clear, it would not be illegal. Crowley also says that it was Ocasio-Cortez, not he, who failed to follow through with their scheduled conference calls.

But Bill Lipton, the Working Families Party’s state director, places the blame squarely on Crowley. In an interview with the Times, he said that he reached out to Crowley immediately after Ocasio-Cortez’s victory and told him that the party wanted him to run for another office in the state, one that he had no intention of occupying, in order to get his name removed from the ballot and clear the way for Ocasio-Cortez to win in November. Crowley, according to Lipton, declined to do so.

“You’d think that, given the moment we’re in, that Democratic leaders would want to help progressive forces to unite,” Lipton told the Times.

Following up to questions on Twitter, Crowley said that unless he moves out of the state, dies or gets convicted of a crime, the only way for him to have his name removed from the ballot would be to “accept a nomination for another office (in a place I don’t live).” However, this isn’t accurate, according to the Times, as there are elected offices in New York that don’t have any residency requirements.

Speaking anonymously to Politico, a staffer for Crowley’s campaign accused Ocasio-Cortez’s team of being non-responsive Crowley’s attempts to reach out. That same staffer also said that there are text messages proving that Ocasio-Cortez took “hours” to respond to Crowley’s requests for her phone number, though it’s unclear why such a delay would be relevant. The staffer refused to share the text messages in question with Politico.

Ironically enough, Ocasio-Cortez found herself on the opposite side of a similar situation on election night when, to her surprise, she won the Reform Party’s nomination in New York’s 15th Congressional District via write-ins — even though she wasn’t running in that district. Because she won with write-ins, however, all she needed to do to have her name removed from the ballot was tell the Reform Party didn’t want the nomination, according to the Times. That’s exactly what she did.